The proliferation of single-use systems (SUS) in biopharmaceutical manufacturing operations has been due to a combination of factors, including the increased demands on throughput efficiencies and flexibilities stemming from a growing number of therapeutic modalities manufactured at biopharmaceutical facilities. Due to their polymeric materials of construction, the requirements for extractables and leachables (E&L) testing of SUS were established by regulatory agencies. These requirements formed the basic framework of the harmonized extractables protocol developed by the BioPhorum Extractables Workstream in 2014.

The protocol, as originally developed, proposed an all-encompassing testing matrix consisting of various extraction solvents and testing time points under accelerated temperature conditions to represent majority of the actual processing conditions currently used in the industry. Since it was published, the 2014 BioPhorum extractables protocol has been implemented by several SUS supplier and end-user organizations. A wide variety of components ranging from upstream to final drug product consumables have been tested using the 2014 BioPhorum extractables protocol.

As the 2014 BioPhorum extractables protocol gained credence with regulatory agencies and the biomanufacturing industry worldwide, questions and concerns about the implementation of the proposed testing matrix were raised by several test laboratories and biomanufacturers. Some notable concerns included analytical interference for specific extraction solvents, instrument limitations for elemental extractables testing and the resources associated with implementing the full BioPhorum testing matrix.

Issues such as analytical interference and instrument limitations can lead to confounding data, thereby making it difficult for biopharmaceutical manufacturers to evaluate the potential risk of extractables toxicity. Furthermore, the resources required to perform extractables testing for numerous SUS components across a broad group of biopharmaceutical companies could lead to testing redundancy within the industry and longer lead times, putting the consumable supply chain at greater risk.

To address these valid concerns, the BioPhorum E&L workstream evaluated currently available extractables data collected using the 2014 protocol to assess the suitability of various extraction solvents and time points. This document summarizes the findings of the comprehensive extractables data review, lists any specific similarities or differences observed across various solvents and time points, and determines the associated risks in terms of SUS qualification and patient safety. The findings outlined herein form the basis of the updated Biophorum extractables testing protocol. 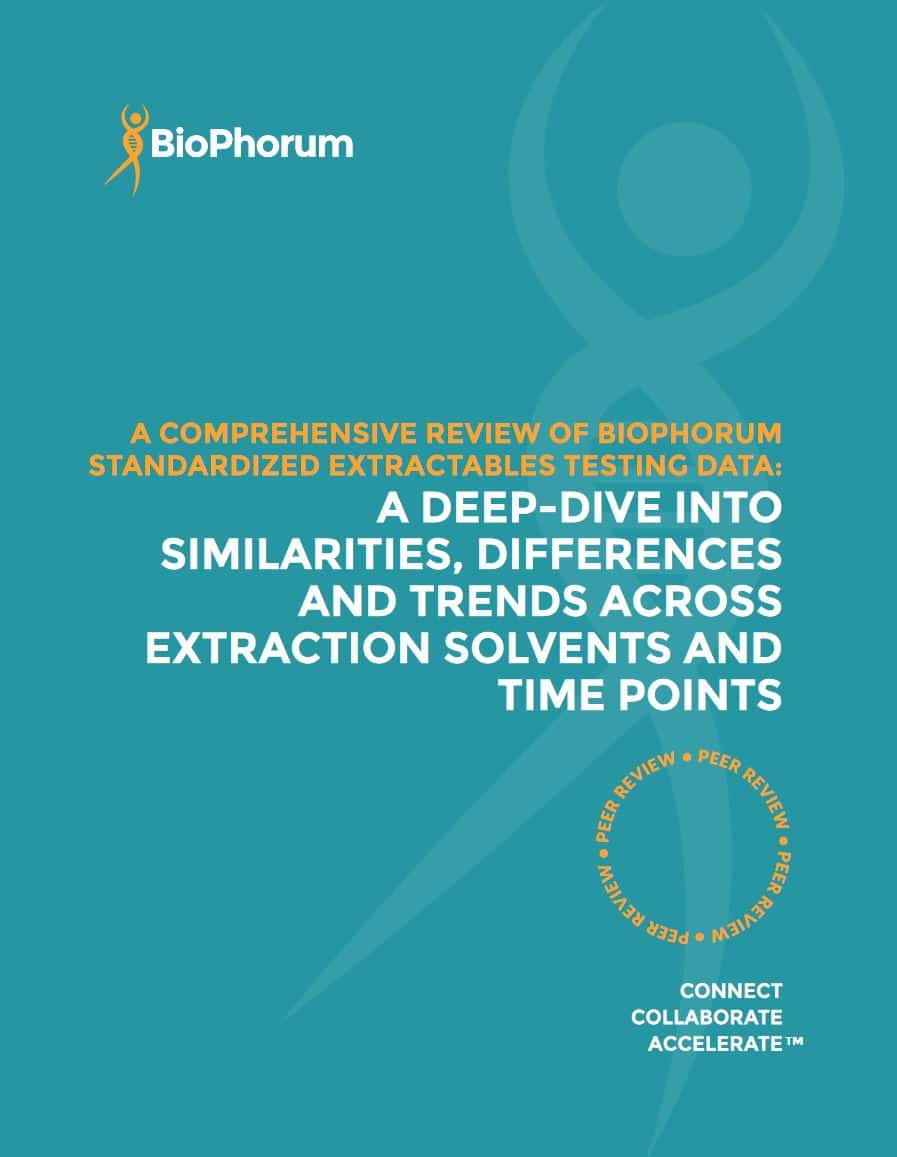