Under a traditional deviation management system (DMS), all events are considered equal and usually require a 30-day closure, regardless of complexity. However, treating them the same drives poor behaviors and promotes a check-the-box mindset because users do not have to think about the real reasons for an event.

This is why BioPhorum’s Deviation Management Systems (DMS) Workstream has published its Guide to implementing a risk-based deviation management system, which segregates data into minor track-and-trend events and deviations.

Summary data from member companies shows that by implementing the risk-based approach they saved an average of 22,200 work hours per site per year, which is equivalent to an $888K cost saving.

Thirteen companies have implemented this approach and shared their implementation experience and the benefits realized in a series of case studies and surveys (in a members-only area accessible through the paper).

Research by BioPhorum’s Human Performance team found that 70–80% of deviations are low-risk ‘unfixables’ that are mainly due to human error. The old approach has led to large teams spending significant amounts of time on investigations that do not fix actual quality problems.

For example, a deviation is raised for a missed signature for a minor task, which results in a time-consuming investigation and a corrective and preventative action (CAPA) that does not fix the real root cause.

Under the new model, reviews of low-risk events are conducted differently to major ones and allow companies to identify and correct any recurring trends and, as a result, reduce repeat deviations.

By looking at deviations on a risk basis, between 70–95% of low-risk events do not have to be recorded on a quality management system or be investigated and do not require a CAPA. The time saved reduces the burden on quality and operations departments, meaning more critical events can be investigated more thoroughly.

A survey of member companies that have implemented BioPhorum’s risk-based DMS found favorable results. These include a fall in deviations needing investigation, fewer repeat deviations, improved product delivery and lot release times, and improved ‘right first time’ figures. One company reported a 48% fall in deviations over a year and another reduced its QA team by 200, who were then able to investigate critical deviations. 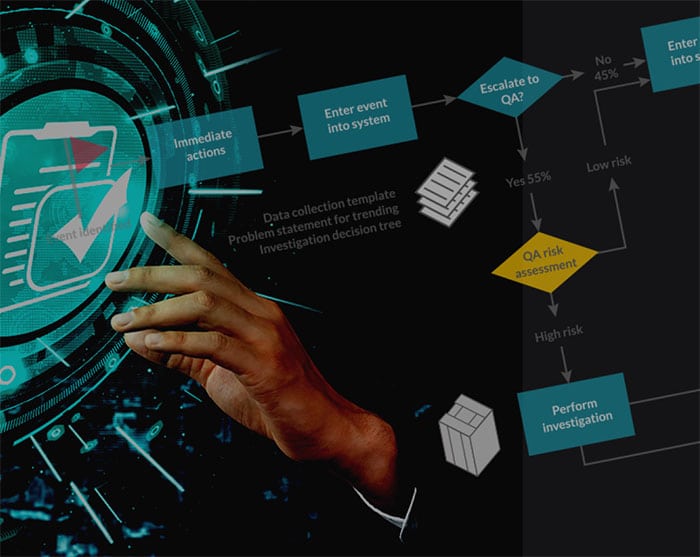 Please use the form below to register now.

We use cookies to ensure that we give you the best experience on our website. If you continue to use this site we will assume that you are happy with it.AcceptPrivacy Policy