Protein hydrolysates are an essential component in cell culture medium formulation during the manufacture of protein therapeutics. However, as they may be derived from microbial, plant or animal sources, variations in their composition are unavoidable. This poses a potential risk to biomanufacturing as cell lines and products may be sensitive to slight variations in the hydrolysate composition, which may have an impact on process performance (e.g. productivity) and/or product quality (e.g. glycosylation or charge variation). This complex issue has been known for many years but has never been entirely resolved. However, it is becoming increasingly important for some companies as issues in their subculture media may cost them millions of dollars. This is why BioPhorum’s Raw Material Variability Workstream has written a guidance paper called Trace element variation of soy hydrolysate used in biopharmaceutical manufacturing.

The paper allows end-users to understand if the degree of variation impacts their processes or products (on a product-by-product basis). Crucially, it shows the maximum variation that can occur from any source of soy hydrolysate so a user can now test their cell line and process by artificially varying the trace elements of concern across this range. Knowing the potential variability from the soy hydrolysate will help determine an acceptable process specification. The paper will help end-users understand which elements are affected and at what concentration so that mitigating actions, such as supplementation by the supplier or biomanufacturer, can be taken to ensure consistent results. The workstream suggests that further evaluation and health authority guidance for supplementation are warranted as there is a potential regulatory impact on media formulations for the biomanufacturer.

The guidance was written after an in-depth data collection exercise that used more than 300 data points collected from member companies over nearly 14 years. It looked at a variety of trace elements (including manganese, zinc, copper and iron) and observations include:

To protect the identity of the provider, data was anonymized so that the final index of trace element data could not be traced back to a lot, supplier or biomanufacturer. Building trust was a critical part of the exercise and ensured that providers were comfortable sharing their sensitive data – in the team’s knowledge, this is a first for this type of exercise. 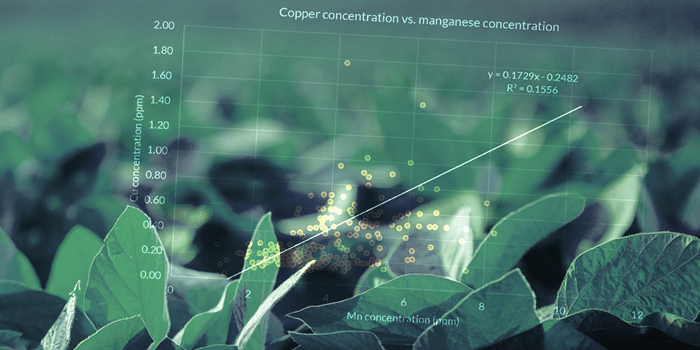